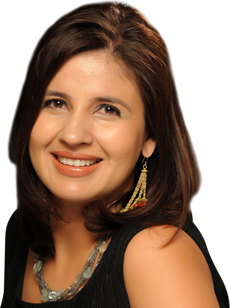 These dairy-free probiotic species are supplied in a base of inulin and are encapsulated in a Kosher-certified vegetarian capsule.

• Lactobacillus acidophilus: L. acidophilus is a widely recognized and highly prevalent probiotic. It is highly resistant to digestive enzymes and produces numerous protein-degrading enzymes capable of metabolizing casein, gluten, and a variety of other carbohydrates to aid their digestion and absorption. L. acidophilus ferments lactose and a variety of other sugars and polysaccharides aiding digestion and lowering the pH of intestinal contents. It also antagonizes a wide range of pathogenic bacteria.

• Bifidobacterium bifidum: B. bifidum is among the many Bifidobacterium species normally found in large numbers in a healthy colon microflora. Its populations are reduced in allergic infants and decline significantly with age. It is important for producing energy substrates for cells of the gastrointestinal tract and has been strongly linked with modulating the immune response and stimulating the body’s response to pathogenic bacteria.

• Inulin Oligosaccharide Base: Inulin is a nondigestible carbohydrate derived from chicory root and is used as a base ingredient in some probiotics. Inulin and other nondigestible carbohydrates are called prebiotics because they can be metabolized by healthful lactobacilli and bifidobacteria stimulating their growth. Inulin differs from other prebiotics in that it is less likely to be used as a food source by pathogenic bacteria and is generally well tolerated by the highly sensitive person.

Together L. acidophilus and B. bifidum limit overgrowth of pathogenic bacteria and yeast and in a clinical study have been found to support the intestines against antibiotic-associated diarrhea and reduce the incidence of positive testing for C. difficile-associated toxins.

* The statements have not been evaluated by the Food and Drug Administration.Products listed are not intended to diagnose, treat, cure, or prevent disease.

There are no reviews yet.

Be the first to review “Probiotic Capsules” Cancel reply

Stay up to date with our latest news

Your email address is secured with us.

Become a new patient, request
information or ask a question

SEND US A MESSAGE

“Dear Dr. Ghei, I have tried several kinds of vitamins and I love the ones you have formulated. They give me lots of energy and I surely can use that with 3 children and work. I have more energy and I am able to accomplish more in a day with the boost of the vitamins. My mom and grandmother tried some and they too love these.”

“I just tried your Coconut Filled High Fiber Bar and I am loving it! In fact, I have been eating one a day and feeling great. I can’t believe it only has one gram of sugar and only 60 calories per serving!”

“Dr.Ghei’s approach is focused more on getting to the root cause and treating the fundamental issue causing the symptoms and the disease. I would highly recommend Dr.Ghei as she has been instrumental in improving my health without the use of any medications at all!”